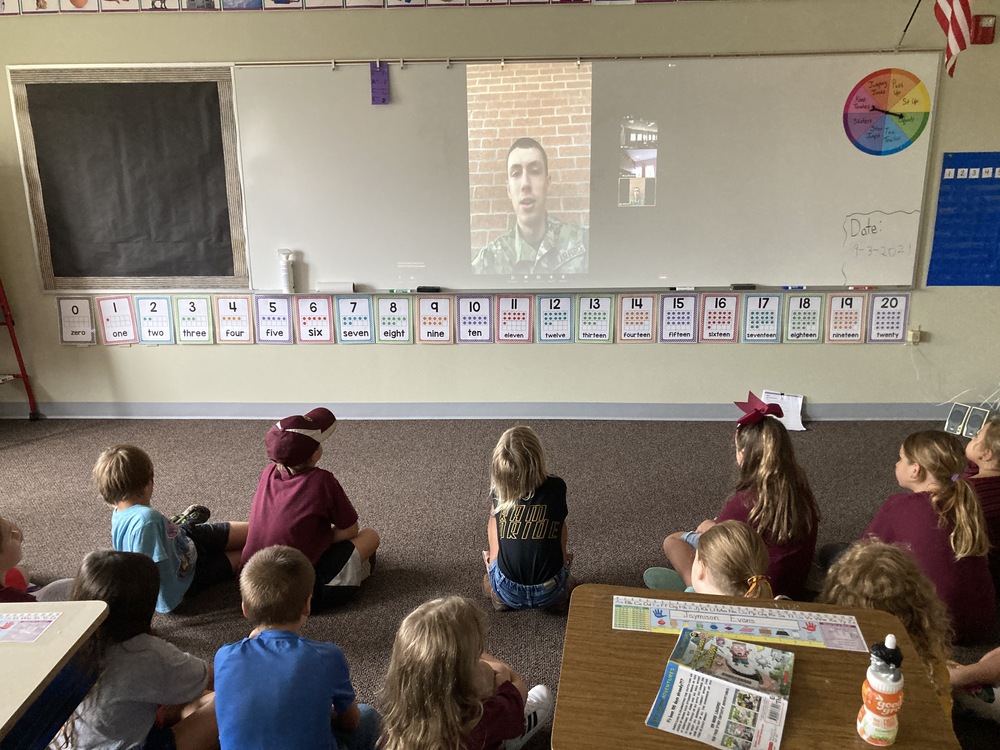 Last May some of our elementary students, including 1st graders in the Mapleton elementary, wrote letters that were sent to Airman Basics while they were at BMT (Basic Training). Airman Althoff is one of the men that received letters. Not only did some come addressed just to him, but he agreed to distribute extras with others in his flight that didn't receive mail regularly. Our students' letters were an attempt to spread kindness, make the Airmen's day better, and thank them for their service.

On Friday, September 3rd, our students got to "meet" Airman Althoff, who is currently at Tech School at Sheppard Air Force Base. He told the kids about his time in Basic, the job he's training for, and answered questions the kids had. He told the kids that their letters brightened his day and he still has some of them. He also told them about another man in his flight who treasured their letters. He had children at home who couldn't write to him, so it really meant a lot to get letters from our students.